Truth about voting part 2 voting is wrong according to TMH

Voting is wrong according to TMH, and that is the hardcore fact. Its 2017 has been harmful for us Israelites and you get to vote for either evil or the wicked.

If you happened to miss our first article dealing with voting make sure you read that here. There seems to be some “unrest” about the 2016- 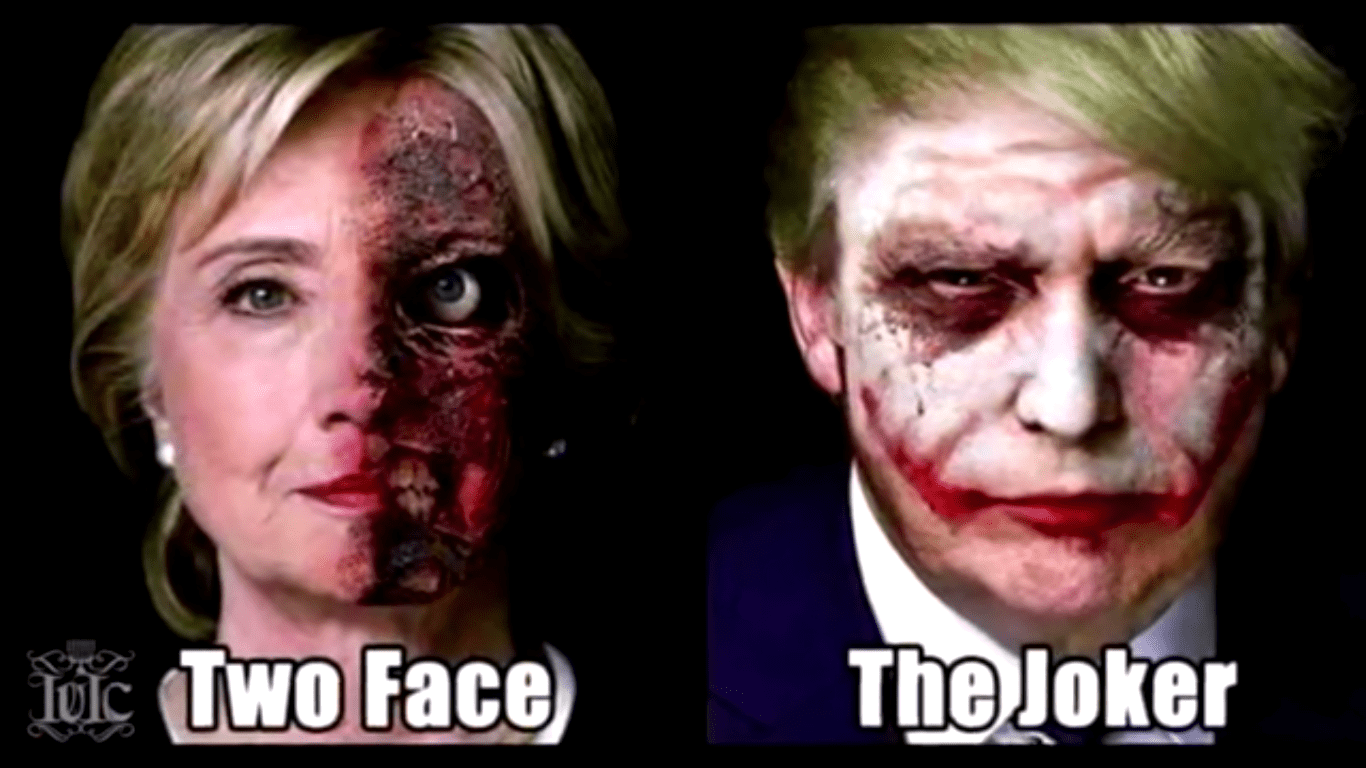 2017 presidential election for Trump, and whom controls what in this world.

To us True Israelites there is no confusion but to those of you that are still in darkness or Christianity let’s clear the air about this presidential election for Trump and what you can expect.

Will will pull the trump card out of this deck of lies once and for all and explain what TMH says about the issue.

Depending on the article or news cast you see he cheated via Russian Hackers. You might of even heard that this entire 2016 election was rigged by clandestine sources and conspiracy stories pushers alike. If after this article you cannot tell that voting is wrong according to the bible you are the problem. How can your enemy grant you benefits?

We will clear up this entire matter even more than the first article we did on the election and YOU AS AN ISRAELITE SHOULD NEVER VOTE FOR YOUR ENEMIES. Our king or President for all time is Christ. Another thing if you are expecting Fox news or MSNBC to tell you the truth about voting you are sorely mistaken. They are owned by the same people who placed you in chains. Lets start at the beginning so you can see for yourself.

Declaring the end from the beginning, and from ancient times the things that are not yet done, saying,

My counsel shall stand, and I will do all my pleasure:

The earth is given into the hand of the wicked: he covereth the faces of the judges thereof; if not, where, and who is he?

Yes on purpose I highlighted given because that is exactly what happens for all the kings that have EVER ruled on this planet and with crystal clear clarity we shall know the truth and it shall set us free (John 8:32). God himself already has mapped this out and will continue to rule in the sight of men.

Obama was chosen by TMH same with Trump and every single leader since the dawn of time. NOTHING is done without his approval the earth was GIVEN to the wicked. We are living in the times of the gentiles so yes all the leaders chosen are for THEIR benefit not yours.

Watch this read this closely!

So why is the evil allowed to rule why is the lord allowing them to prosper while we suffer? That answer is below first we need to prove and uncover the truth about voting, because all you are doing now is picking a new slave master.

And they shall drive thee from men, and thy dwelling shall be with the beasts of the field: they shall make thee to eat grass as oxen,

and seven times shall pass over thee, until thou know that

the most High ruleth in the kingdom of men, and giveth it to whomsoever he will.

The earth is the LORD’S, and the fulness thereof;

the world, and they that dwell therein.

Because of unrighteous dealings, injuries, and riches got by deceit,

the kingdom is translated from one people to another

If you haven’t gotten the memo by now ill make it plain for you TMH runs this planet and us as True Israelites are not supposed be be voting for any man because GOD himself is pulling the strings. He’s holding all the cards he is the gate keeper and the key master. The alpha and omega as we used to say in the streets this is his world we just are living in it. 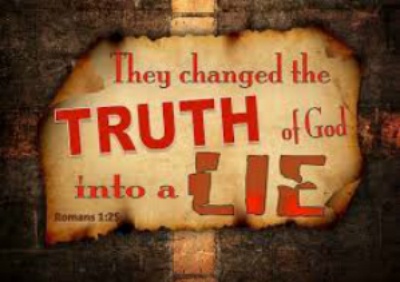 This begs a question if he is running everything then why vote at all? Now we are getting to the root of it! I explained this in the first article you should read it.

Who told you voting was the answer to your freedom? If you are Black Hispanic or Native American you were in chains when the constitution was written it was NEVER for you.

Our constitution is the bible those are our laws. In our laws it tells you plain and raw NOT to vote for anyone who is not of your lineage. Again you shall know the truth and the truth shall set you free.

Thou shalt in any wise set him king over thee, whom the LORD thy God shall choose:

one from among thy brethren shalt thou set king over thee: thou mayest not set a stranger over thee, which is not thy brother.

(( There you go TMH said voting is wrong right there))

God controls the Kings of the earth they are the vessels of HIS will.

Yes Esau (The white man or Caucasian) was placed in power by God Himself for a time. We will get that later.

1 Kings 22:19-23 = Gods Counsel God calls good and bad spirits to do HIS bidding. God sends these spirits to the earth to move events you see on the news. Also see Amos 3:6 to make it crystal clear.

1 Samuel 16:14-16 = THE EVIL SPIRIT CAME FROM TMH and yes Esau’s evil spirit came from God also someone had to play the wicked on this planet be glad you ain’t it.

This is also the reason why you have seen nothing but white presidents and one black one (who’s an hamite not an Israelite).

NEWS FLASH The earth is given into the hands of the wicked because the Israelites sinned this earth is in total chaos. Obama’s father comes from Kenya there is a good chance he is an Hamite not an Israelite.

I know he has a good 3 point shot and he can dance a little but if his lineage goes back to ham he is your enemy thus saith the lord. Your lineage comes from your father (Numbers 1:18) so if Obama’s forefathers are Hamites they had you in slavery.

Daniel 4:28:37 God taught Nebuchadnezzar a harsh lesson that he controls nothing.

Jeremiah 27:4-6 Again the most high is establishing that there is no other power but himself.

Isaiah 32:5-6 = Hillary was never an option TMH already had his mind up to set trump in officer an outspoken racist who cares nothing about your or your people. TMH is trying to show you the 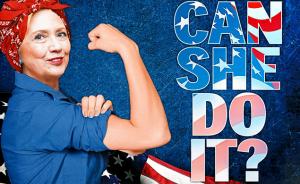 character of the people you hold in such high esteem. Just like in the times of Samuel and Saul you are getting a wicked king all over again because you have rejected the king meant for you.

Hillary is considered to be a liberal and the lord had her pegged from ages ago. Read that in Isaiah again closely then have a look at this video that shows you clearly she is not someone to be trusted. Again the lord is a master.

Ezra 7:26-28 TMH made the king give freedom to the Israelites to go and build the temple once more. He hardens and softens the leaders of the world as he sees fit.

John 19:10 -11 = Even in the New Testament Jesus told Pilate flat out you can do nothing that my father has not already preordained.

Since the truth about voting has been exposed what do I do now?

Up above we have 2 videos that clearly shows the truth about voting for wicked people. You would think after 40+ wicked presidents someone would of gotten the clue but alas we are truly a stiff necked people. Now you need to realize that this is NOT your country or your rest and do what you were placed here to do and that is ….

You do exactly what our bible says to do it’s been there ever since the bible has been written. If you are tired of the murders, theft, overall hate, last hired first fired, no real wealth or poverty and more just read Acts 3:19 and Revelation 14:12. Next step apply it understand why  this is going down and how to fix it as a true Israelite. Hell I even have given you free book that lays out for you point by point the “Why” of it all.

Our king is Yahawahshi or as some people say Christ and he is the only one we need. TMH has always sent saviors to get us free from our captives (Slave-masters) in 2017 there is no difference. Well there

is one difference that is pretty glaring no time in history has there been this kind of blindness placed on one people.

We are begging the wolf not to eat the sheep but we all know how that works out in the end. Are you not tired yet? TMH has placed out his prophets on the streets and the internet how much more proof do you need? WAIT WAIT I GOT !!!!! Sure fire plan to wake up Jacob. Watch this we will let the Heathen tell you himself. Dont believe your brother let the so called white man tell it.

In closing I have to say this plainly you black and Hispanic leaders know this to be true what I am saying in this article. You pastors know who we are and as watchmen if you do not tell the truth like TMH says he will put your candle out for good. Our king forever more will be TMH and his son Christ. He is the only one who deserves your vote he died for the nation of Israel and none else. Christ is for the Israelites let the heathen have their kingdom for now Luke 20-24.

The Miracle Tree and the Moringa Seed

Top 15 reasons why pork is bad for you was God right?